How to Regenerate Beta Cells Naturally What Are Beta Cells?

Beta cells are cells in your pancreas that are responsible for the production of insulin, a master hormone that communicates with tissues throughout your body.

Beta cells are insulin-producing cells that are located in clusters of cells called Islets of Langerhans. Beta cells are the only cells in your body capable of producing insulin, which makes your beta cell health critical for normal metabolic function.

Without full beta cell function and normal insulin production, your blood glucose is likely to increase significantly. This lack of functional beta cells is the primary problem in both type 1 diabetes, type 1.5 diabetes, and insulin-dependent type 2 diabetes.

In this article, we’ll explore beta cells, how they can be damaged, and discuss some research being done in the field of beta cell regeneration.

Right now, this work is still in its early stages, but presents a possibility for reversing type 1 and insulin-dependent type 2 diabetes in the future.

For someone living with any form of diabetes, it is essential to understand how beta cell damage occurs.

For those with type 1 and type 1.5 diabetes, beta cell dysfunction caused by an attack of their own immune system (autoimmunity) is the cause.

For those with prediabetes, type 2 diabetes, and gestational diabetes, beta cell damage does not occur at the initial stages of the disease process.

Beta cell damage only occurs after many months or years of insulin resistance, which then manifests in a “point of no return” where beta cells begin to die resulting mainly from producing excess insulin.

After this point of no return, lifestyle changes are still helpful, but have a reduced effect. Type 1 diabetes is caused by a form of biological ‘friendly fire’, in which immune cells mistakenly target beta cells as foreign invaders and destroy them.

This results in an inability of your pancreas to produce insulin, which in turn requires people with type 1 diabetes to inject exogenous (external) insulin in order to manage their blood glucose.

No matter your health or lifestyle, type 1 diabetes is currently incurable, since the human body does not naturally regenerate new beta cells to a clinically relevant extent.

For people with type 1 diabetes, beta cell regeneration is one step towards an eventual cure for this condition, and an area of active scientific research.

Type 2 diabetes (along with prediabetes and gestational diabetes) is caused by insulin resistance. Insulin resistance results from the accumulation of excess dietary fat in cells that are not meant to store large quantities of fat, which inhibits the action of insulin.

In addition to the symptoms of type 2 diabetes, this accumulation of excess fat in muscle and liver presents a direct threat to beta cells. In an attempt to overcome insulin resistance, beta cells are forced to overproduce insulin, resulting in increased work over many months to years.

For people with type 2 diabetes, beta cell death represents a ‘point of no return’, after which they’ll likely require daily, exogenous (external) insulin even if they reverse insulin resistance.

For those with insulin-dependent stage type 2 diabetes, beta cell regeneration would offer a potential opportunity to reverse this ‘point of no return,’ and could lead to a full reversal if implemented alongside lifestyle changes.

What Is Beta Cell Regeneration? As we mentioned above, there are two ways that beta cells can be damaged or destroyed:

However, for both of these problems, you face the same hurdle: beta cells are produced almost immediately after birth and do not naturally regenerate, so once they are damaged or destroyed, they’re gone.

Currently, there are ways to successfully manage your health with damaged or destroyed beta cells. Exogenous insulin through a pen, pump, or syringe can supplement for endogenous insulin production to prevent high blood glucose.

However, researchers have been searching extensively for ways to stimulate the regrowth of pancreatic beta cells, as a strategy to completely reverse diabetes.

Stimulating the Regeneration of Beta Cells

Restoring beta cells is a complicated task that’s currently being researched from many different research teams around the world.

It’s been theorized that transplantation of beta cells could help, but there are exceptionally few donors, and autoimmune rejection of new cells means that patients often require immunosuppressive drugs for the rest of their life.

As a result, modern research has instead focused on how to regenerate beta cells. It’s a field with many pieces of fascinating research that are in the process of coming together.

The key is understanding what causes beta cells to regenerate, if anything. For example, some studies have attempted to incite other pancreatic islets to propagate into new beta cells, attempting to create beta cells from other nearby cells.

This is a promising area of research, where researchers are isolating the differences of pancreatic cells. In doing so, they hope to find a strategy to produce new beta cells capable of secreting insulin in response to blood glucose.

Another area of promise has come from the use of stem cells, which researchers hope to be able to stimulate to produce new beta cells. However, this area of research is complicated, as the exact way to promote beta cell regeneration remains elusive.

Promise, But Still A Long Way to Go

There are still areas left to explore with this research, but for now, models are limited to in vitro (cellular) results, and some promising trials were done on mice.

Some research is being done into “reprogramming” the immune system to allow for this beta cell regeneration, but for the moment this is another area with limited success.

To sum up the state of beta cell regeneration in the words of one study, for now, a cure lays out of reach, but promising scientific research could lead to exciting discoveries in the near future.

It’s important to understand that the search for a dietary approach to regenerate beta cell mass is happening but extremely challenging to investigate.

Promising research from the laboratory of Dr. Valter Longo at the University of Southern California has shown that diabetic mice who were put on the Fasting Mimicking Diet (FMD) underwent a process of “reprogramming” in their pancreatic islet cells, and showed a noticeable increase in insulin production.

Intermittent fasting — observing strategic daily or weekly periods of calorie restriction — has a strong basis in promoting insulin sensitivity (among many other benefits).

Again, these studies are still in the area of promise. There have yet been no conclusive human trials, and the road ahead is still long, but this dietary strategy represents an interesting area of research.

The Good News: You Don’t Have to Wait

Medically induced procedures to spike beta cell regeneration are still in their early phases, just like studies of fasting and a plant-based diet, with further studies and clinical trials needed to confirm these areas of promise.

However, there is one benefit to the dietary approach: you can start it right now, and you’ll experience impressive benefits for your diabetes health and your health overall.

Currently the evidence points to intermittent fasting and a low-fat, plant-based, whole-food diet as the solution to lower your blood glucose, increase your insulin sensitivity, and even reverse type 2 diabetes.

In essence, by following this dietary plan at best you might be protecting your existing beta cell population, while at worst you have a slew of other evidence-based health benefits.

Fortunately, the best plans for reversing diabetes, lowering insulin resistance, having more energy, losing weight, and giving your body the best chance to regenerate insulin cells are all exactly the same.

The blueprint? A low-fat, plant-based, whole-food diet, complemented by daily movement and intermittent fasting. It’s a strategy that’s simple to say, but harder to master.

That’s why we started the Mastering Diabetes Method that you can learn about in this Masterclass. You can take advantage of a vast library of resources and research, work with coaches who are experts in diabetes care, and connect with thousands of other people improving their diabetes health.

Whether you’re working on prevention, helping a family member, or looking to master your own diabetes, we want to help. Let us know how!

Stop Guessing What to Eat

Get Delicious Recipes Sent to Your Inbox Every Week! 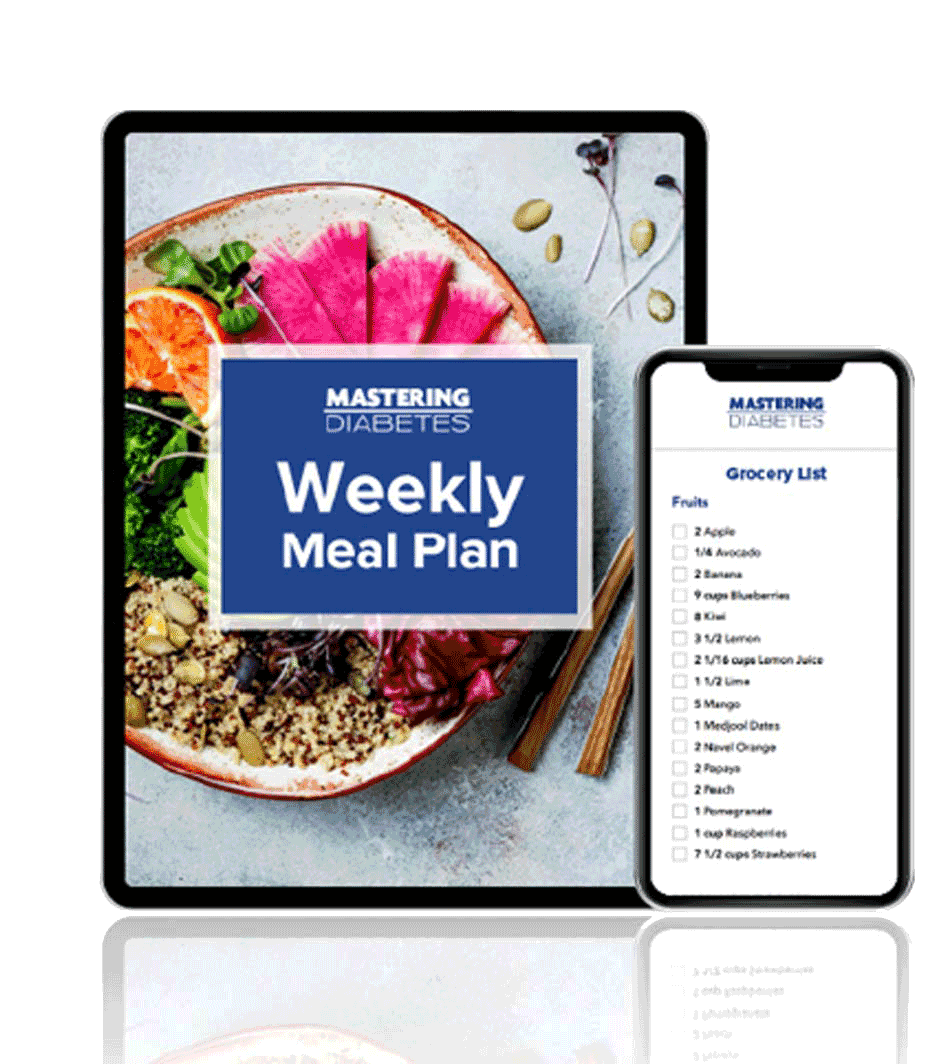 Discover the custom-designed Weekly Meal Plan that gives you clarity on what to eat and how to shop to simplify your journey to lower blood sugar, weight loss, and your best A1c 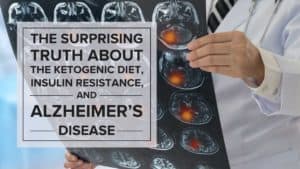 The Surprising Truth About the Ketogenic Diet, Insulin Resistance, and Alzheimer’s Disease 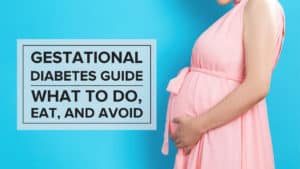 Gestational Diabetes Guide: What to Do, Eat, and Avoid