Richard was diagnosed with type 2 diabetes last year, and the diagnosis scared him at first – but didn’t surprise him.

After all, Richard had a long family history of type 2 diabetes. In fact, for the men in Ricahrd’s family, type 2 diabetes was sort of considered a normal risk of growing older, just another part of life.

Wanting to get ahead of this condition, Richard went to the long-term family doctor for advice and guidance.

And like millions of people before him – including Richard’s father and grandfather – Richard was put on a number of different medicines to help lower his blood glucose and manage his condition.

He was also told that he needed to eat healthier and exercise more, needed to lose weight and follow all of the standard guidelines, but the advice after that was sort of unclear. What type of exercise? What different foods to eat, and which ones to avoid? And in what quantities?

Trying to Trust the Existing System It was a nerve-wracking time, but Richard trusted the advice and the medication that he’d gotten from his trusted family doctor. After all, he didn’t feel super unhealthy. He wasn’t terribly overweight – not obese by any means – and he was active, playing tennis several times a week.

But very quickly, it became apparent that following the “conventional wisdom” he was getting wasn’t helping at all. His A1c was 15.8%, an extremely high A1c value. His triglycerides were at 1112, and when he saw that number he got concerned. And despite his many new medications, the symptoms started again emphatically.

Blurred vision. Headaches. Frequent urination. Excessive thirst. And despite all of his medications, his fasting blood glucose was 160+.

He knew it was time for a big change, fast, and that was when he found Mastering Diabetes.

Diving in to Master Diabetes This is because many people often find it easier to make gradual, steady changes to their life, and because each of these changes, even in small doses, can make powerful results.

But Richard didn’t want to take things slow and steady. He wanted a full-tilt, comprehensive change to his life fast, and so he dove headfirst into the Mastering Diabetes Method with a full commitment and significant lifestyle changes from day one.

He immediately went all-in on a plant-based, whole-food diet, filling his plate with dozens of fruits, enormous salads, massive helpings of creative dishes all composed of green light foods. He eliminated red-light and yellow-light foods pretty much entirely from his diet almost overnight, and set out boldly into his new lifestyle.

And while for some, this deep dive can be jarring or difficult, if you can commit to it and stay consistent, the results are impressive, just like they were for Richard. 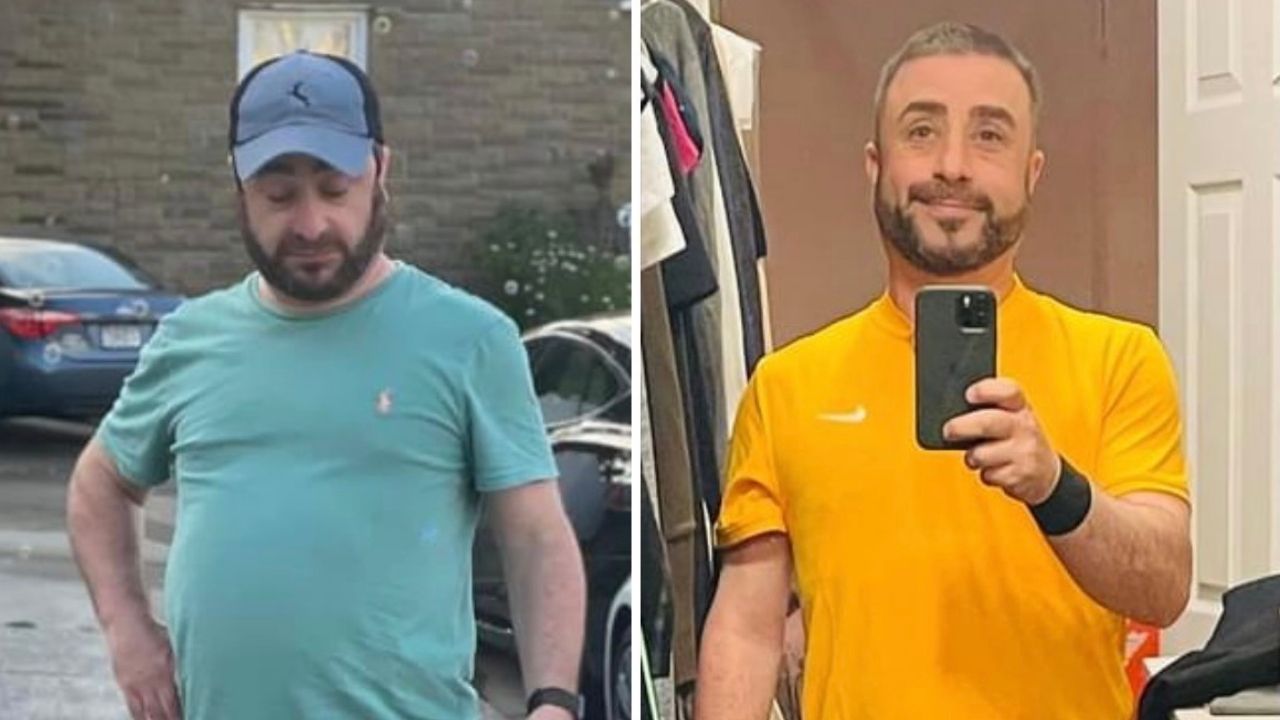 Richard joined the Mastering Diabetes program in March of 2021, and by June of 2021, just three months later, he had seen some astonishing results.

These biomarkers demonstrate that Richard is now considered non-diabetic and what’s even better is that his cholesterol continues to drop, all by using food as medicine. And for Richard, getting off of daily medications wasn’t the only benefit.

As Richard explains, food tastes better now, with a new complexity of flavors. He has a different appreciation of life’s experiences, and treasures the simple things more. It’s not an exaggeration to say that this change of lifestyle has completely transformed Richard’s life.

A Tale of Triumph, and a Great Example of the Method When you see Richard now, he’s got a new lease on life, and he can’t believe other people wouldn’t want to feel like this – with a life transformed, and a body that feels alive again.

He describes it like being a kid again, discovering new flavors, having the energy to play sports for hours on end, and always feeling up for something new.

And while jumping in with two feet can seem daunting, that’s okay. Richard’s all-in commitment worked for him, and if you’ve got the drive and desire it can work for you too.

But for some people, the path to Mastering Diabetes is a slower, more steady one of gradual, consistent change, and those results – a new lease on life, and a triumph over doubt and uncertainty – are worth just as much after a short time as they are further down the road.

If you’d like to learn more about the Mastering Diabetes Method and how it can work for you, you can continue exploring our website, or get the full scoop from the New York Times Bestseller Mastering Diabetes.

And if you’re looking to take the next step, master the method, and live your best possible life, the Mastering Diabetes Coaching program is perfect!

And while they may not be as fast or drastic as Richard’s, we guarantee that you’ll find results, otherwise your coaching is free.